Windsor Castle and the Bay of Mails

Situated at about forty kilometers from the West of Diego, Windsor Castle peaks at 391m. The landscapes, the villages and the plantations of mangoes, going through les Salines (the saltwalks) are fascinating in spite of the difficult track.
Climbing (or driving up ) there is rather rough but the surprising sight on 360 ° of the bay of Diego, the Indian Ocean and the canal of Mozambique is worth the adventure.

Ancient post of surveillance of the colonial forces, the Windsor Castle offers a very beautiful panorama of the North of Madagascar: one has a view on the big bay of Diego, the canal of Mozambique (on the West), the plain of Anamakia and the salt works (in the South), the Amber Mountain, the Indian Ocean (in the East), Baie des Courriers (the Bay of Mails), Babaomby region and Amber cap (in the North).

Below, on the Western side , Baie des Courriers, and the village of Ampasindava are the starting points of the visits of the navy reserve of Nosy Hara. 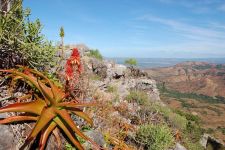 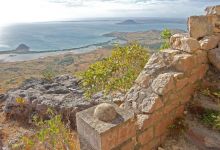